The Ministry of Lands and Physical Planning in conjunction with the National Land Commission has established a committee with terms and references to establish a land bank.

”Establishing a Land Bank will support the Big Four agenda of the Government in the next five years,” Says Lands and Physical Planning CS, Prof. Jacob Kaimenyi.

Prof. Kaimenyi spoke during a joint meeting with the National Land Commission at Ardhi House in Nairobi.

He said that Land Banking is not a familiar concept to land administrators and managers of public land whether at national or county level.

“In the National Land Policy (Session paper 3 of 1999) land banking is a process by which the government will be able to hold known geo-referenced pieces of land for access by investors and government projects.

He added that creating land banks from the government requires prudent land administration and management measures with institutions legally mandated at county and national level, to effectively manage an allocated public land.

Land banking is expected to be a huge government project that will deliver land for investments.

Prof. Kaimenyi said he will involve the Cabinet to direct on policy and legal framework to guide the process of acquiring land considering that purchased land may have to be released to investors at attractive rates.

“The land bank will act as a one stop shop for various investors both local and foreign.” He said.

Land banks are quasi-governmental entities created by counties or municipalities to effectively manage and repurpose an inventory of underutilized, abandoned or foreclosed property.

They are often chartered to have powers that allow them to accomplish these goals in ways that existing governments agencies cannot.

Present during the meeting was, Lands PS Dr.Nicholas Muraguri and NLC Chair Prof. Muhammad Swazuri, among others. 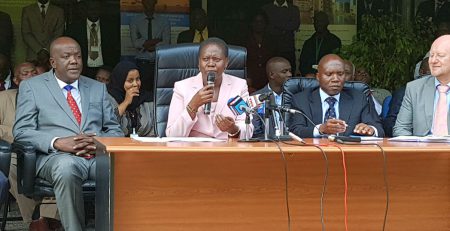 The Registrar in-charge of the Nairobi Registry Ms. Berita Choka has won the Branch Chair Award at this year’s... read more

Inauguration of the Physical Planners Registration Board

MINISTRY OF LANDS AND PHYSICAL PLANNING Vision: To be a globally competitive organization in sustainable Land Management Mission: To facilitate improvement... read more

Temporary closure of Nairobi and Central Registries at Ardhi House for manual audit. 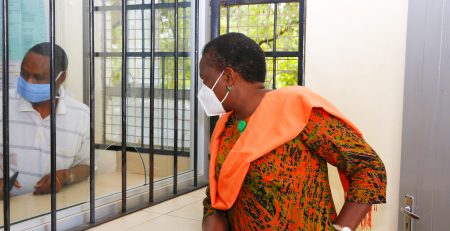 Thursday, September 3, 2020 Ministry pushes for improved service delivery at county registries The government is on a fresh drive to... read more 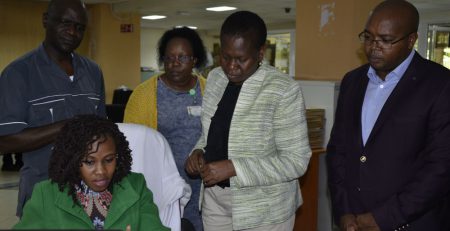